Back to all submissions

Brava hopes to serve the needs of women (and some men) who are interested in capturing the glances of people who stare at their chest. Women may feel objectified or degraded by the unwanted glances of their co-workers or the general public. Brava gives them the power to turn the tables through exposing this behavior on a public forum such as social media. Or women may want to make a friendly competition out of who can get the most glances. Practically speaking the functionality of this product could not only deter unwanted glances but could keep them safe in situations where they could be victim to violent crime or sexual assault. The potential that the attacker's identity could be recorded serves as a deterrent. Additionally, Brava can be used as a research tool by anthropologists, sociologists, and psychologists who are looking to capture data from a blind population.

We will be targeting women between nineteen and thirty-three as the primary consumer of this product. This demographic has been selected as they have more discretionary income and an increased likelihood that they will need for our product. We will be targeting women in major cities initially and then move into suburban and rural populations as this product gains traction and value is established. The brilliance of this product is that it markets it's self due to the use of social media to share photos taken by it. The desire to share and to reciprocate sharing though out social media networks will drive sales. However, we will not rely solely on sharing, word-of- mouth marketing, or social media for sales. We intend to actively market Brava through search engine optimization, paid advertisements on multiple social media platforms, and viral marketing via youtube and creative content development.

Due to hardware requirements, we will have to integrate Brava into an existing bra. However, there is ample opportunity for partnerships with garment manufacturers as a bundled product. Such a partnership would mean collaborative marketing and mutual benefit in extending out consumer reach. The end hardware configurations would be a miniature Bluetooth camera that can be embedded into the bra or extended into a buttonhole for better visibility. This will be powered by a rechargeable lithium ion for a long lasting charge and reduction of waste. We will have to source these components through a wholesale hardware supplier. Manufacturing of this product will remain local.

The key to prevent Brava from becoming a passing fad is customer and community support. If we are to retain our existing consumer base as we grow we will need to find new and innovative ways to use Brava as well as encourage our customers to do the same. Keeping up with social media and technology will be crucial for maintaining Brava as a product that is relevant and sought after. Revenue Streams

An online storefront will be established for Brava to sell directly to consumers. However, we see more potential in partnering with major retailers such as Amazon, Wal*Mart, or Target. An additional potential that exists is the establishment of a social media network similar to "Hot or Not" that allows women to share to only the quantity or glances they've received in the day, but will let them rate the "hottness" of the onlookers to judge the quality of the onlookers as well. This will be included as an ad-supported product add-on that will serve as a steady stream of income as well as a means for constant promotion of our product as well as any future products, add-ons, or services we pair with Brava. 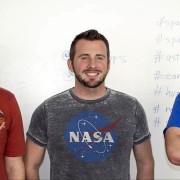 Comments for this submission are closed. View the software in ChristopherJones72521's portfolio to continue the conversation.